Saenz selected as Texas PTA’s Elementary Principal of the Year 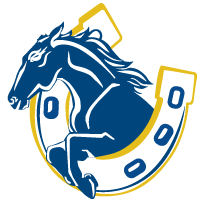 Saenz selected as Texas PTA’s Elementary Principal of the Year

AUSTIN (June 1, 2021) – Texas PTA today announced the recipients for the 2021 Outstanding Educator of the Year Awards. Among 400 nominations at the elementary, secondary and district level, Corrine Saenz has been selected as this year’s Elementary Principal of the Year for the State of Texas.

“It is Texas PTA’s privilege to highlight the people who work tirelessly in our state’s public schools to make a difference,” said Texas PTA President Suzi Kennon. “We believe that student success is best fostered by collaboration between parents, families and teachers – that is exactly what these administrators and educators help make a reality every day.”

For the 2021 Outstanding Educator of the Year Awards program, nominations are received from across the state. Award selections were made in the spring. After a careful review process, award recipient selections were based on both the nomination and nominee profile.

“From a PTA perspective she has done a great job of communicating when and where the PTA could come in and help during this pandemic. She has not only fought for our kids, but for their entire families. Early in the pandemic she led an effort to fundraise and provide food and funds for families in our Reilly community that needed it. She is a champion of diversity and inclusion and has made sure that every student, parent and teacher feels welcome at our school.”

This award caps off an amazing school year for Reilly Elementary.  In September Reilly was named a National Blue Ribbon School.  One of only 28 in schools in Texas and the only public school in Austin to win the award.

In October, Principal Saenz was a recipient of the U.S. Department of Education’s Terrel H. Bell Award for Outstanding School Leadership. Saenz was one of only ten principals to receive the award, and the only winner from Texas.

Last week was the opening for the Social Emotional Learning (SEL) gardens at Reilly Elementary School Park. The gardens will be a sustainable, meditative space and wildlife habitat that encourages children’s healthy self-esteem, curiosity, cooperation and mental well-being through gardening and intergenerational gardening programs.